Bunaken Manado : Travel Tips You Should Know Before Getting There
Basic Tips For Beginners In Portrait Photography
Some Great Features of Ancheer Folding Electric Bike
How to Plan a Solo Camping Trip

Things To Do On A Cold Day In Dublin
Why Cruise travels is always considered as exotic vacation plans?
Home Travelling 6 TOP-RATED TOURIST ATTRACTIONS IN ITALY 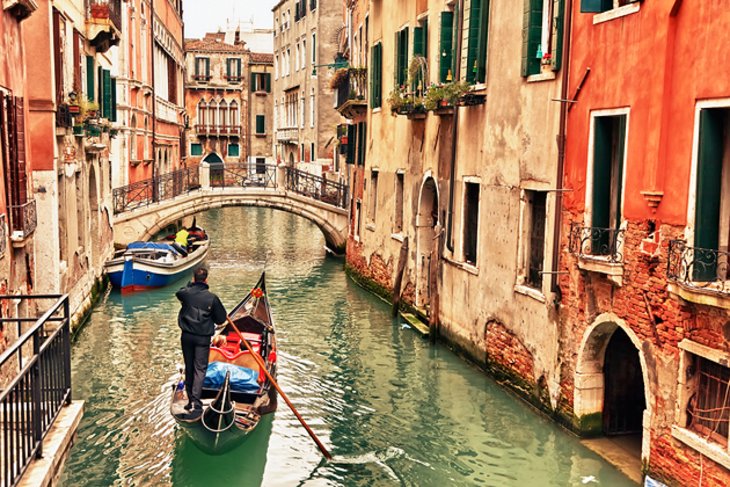 Italy is a European country that ranks as the fifth most visited country in the world. Its capital is Rome, home to the famous Vatican as well as various arts and ancient ruins. Other major cities include Venice known as the city of canals, Milan, the fashion capital of Italy, and Florence, which is the site of Michelangelo’s Renaissance masterpieces. According to the recent report by the World Tourism Organization, it receives more than 43 million tourists a year. Italy really offers a diverse array of settings to explore and discover, from its vibrant culture to its scenic landscapes.

Italy is the birthplace of the Roman Empire and the Renaissance. With that, it’s no surprise that it’s rich in masterpieces and architectures. Various cultural sites here are listed in the UNESCO World Heritage as being compared to any country in the world. There’s more to Italy than art and architecture. The country is also blessed with mountains, lakes, and dramatic coastlines that create spectacular attractions.

As you make your way to Italy, flightradar online will be your companion, being the best flight tracking system. It makes essential information handy for everyone. By means of this, you can get the details of the plane such as speed, altitude, aircraft location, arrival and departure times, cancellations and even airport information.

We all know that seeing the world’s most famous sites with your own eyes and be able to have your first-hand experience to it is certainly one of everyone’s list when traveling to Italy. These experiences can be as active as day skiing in the Dolomites or as leisurely as riding a Venetian gondola. Plan your trip easy with our list of the best things to do in Italy and be ready to fell in love with Italy.

For those who are making their way to Italy for the first time, Colosseum is really a must see site. It holds the title of being the largest Amphitheater ever built by the Roman Empire. It was originally built as a venue for public spectacles and shows. The floor, which is 83 by 48 meters is made of wood. Underneath it was the two stories of tunnels, cells, and passages for gladiators, and even workers. Currently, it remains as the model for sports facilities and a reminder of the extensive history of Rome.

Venice is known for its canals and old buildings that have remained unchanged even over the course of a hundred years.  Canals have been the city’s main streets which are connected by a labyrinth of narrow passageways. Enjoy a gondola ride through the canals of Venice as you see the beauty of the place. This has been a long live tradition of the travelers that have been doing for centuries. Be sure to take a quality photo at the Grand Canal. It is the most famous waterways and photographed sites in Venice. There’s a standard rate in riding a gondola, be sure you’re getting it and agreed on a route plus the length of a ride before you board.

The Leaning Tower of Pisa, also known as La Torre Pendente, is one of the famous attractions not only in the city of Pisa but also worldwide. It is located on the Piazza dei Miracoli, where the Romanesque Cathedral of Santa Maria Assunta can also be found. The construction of the tower begun in the 1100s, followed by the sinking, and later on, led to the lean by the time the tower reached the third story. Even prior to its restoration work way back in the 1990s, it was predicted to collapse by the year 2000. Today, visitors can still climb up the stairs of this tower which then offers a spectacular view of the entire city.

It is one of Italy’s most scenic areas. Lake Como is surrounded by mountains and even lined up by small picturesque towns. It has a similar characteristic as being compared to the Mediterranean. Some villas and gardens here are open to visitors. You can also hop off to explore several towns and even board a boat later to continue your exploration. Witness the 11th-century abbey located along with the resort towns around the lake.

It is famous for its steep hills and sheer cliffs overlooking the Mediterranean.  Be ready to be surprised by the spectacular views it offers together with the picturesque villages and even the wide-open landscapes. There are approximately five villages namely, Monterosso al Mare, Vernazza, Corniglia, Manarola, and Riomaggiore which are connected by the cliff path. It can be reached by several means, where you joined to each other by walking paths, or to the railroad that tunnels through the headlands to emerge at each town, and lastly by the scenic narrow road high on the hillside above. Regardless of your choice, it leads you to a great view and gives you a remarkable experience. Hiking is one of the most popular things to do here as it gives travelers the chance to enjoy the landscape. The best time to visit here is during the spring or fall to avoid the crowds and the blazing summer sun.

The Vatican is globally known as the home to some of the world’s most priceless art and art collections. The popular site here is the great Basilica of St. Peter, which features the tomb of St, Peter and one of Michelangelo’s most poignant works, the Pieta. You’ll find the St. Peter’s Square outside the church, the area where the Pope addresses his followers. If you want to see more of Michelangelo’s work, head to the Sistine Chapel and look vividly to its walls and ceilings. Other works of Italy’s most famous artists can be found in the Vatican Museum.

Romantic Destinations to enjoy with the life partner in Rishikesh

Reconnect with Your Partner During  Romantic Couples Vacations

4 Reasons Why You Should Try a Homestay

Bunaken Manado : Travel Tips You Should Know Before Getting There

How to Plan a Solo Camping Trip

5 Reasons To Choose A Hotel

Camping In Japan Where to Pitch Your Tent